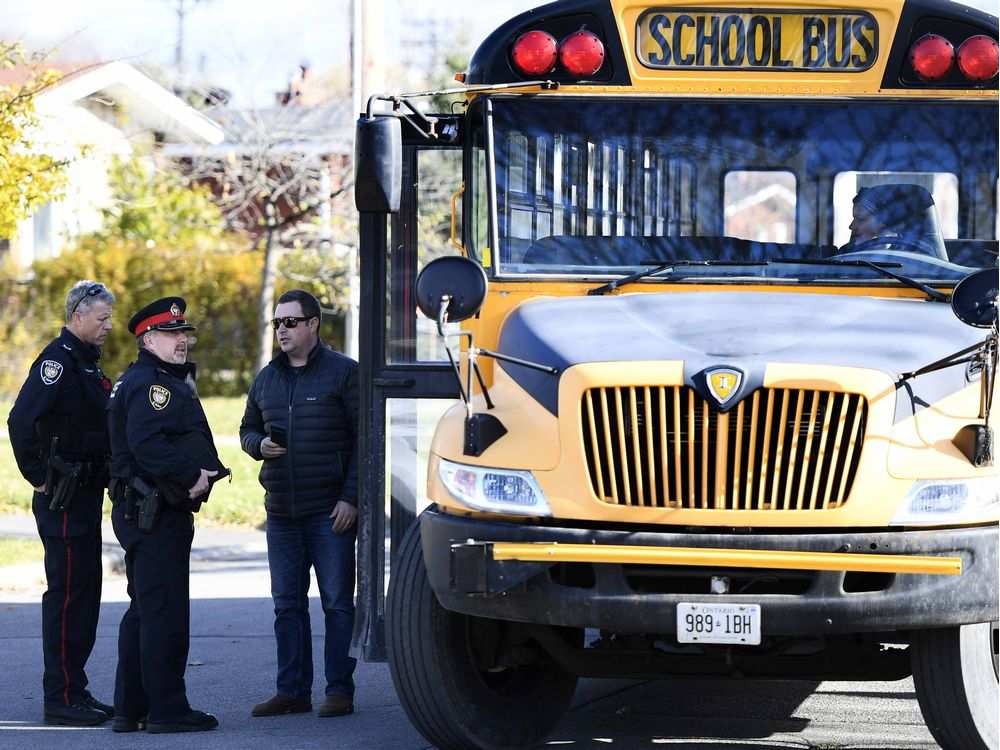 “Overheated brakes … are the probable cause of the nausea and respiratory problems suffered by the 15 children from Lamoureux school,” the Conseil des écoles catholiques du Centre-Est said in a tweet.

Paramedics reported that up to 40 children were aboard the bus as it arrived at the school on Kaladar Avenue in the Ridgemont area Thursday morning.

A total of 15 children aged six to 12 were taken to the Children's hospital of Eastern Ontario with symptoms including a cough, shortness of breath, nausea and vomiting.

Reports say that the 15 students in question were "obviously scared" but that the symptoms were not life-threatening and they were able to disembark the vehicle rather quickly.The 25 other students who were on the bus attended their classes as usual.

A hazmat investigation led by the Ottawa Police began shortly after emergency crews arrived on scene. The results of the investigation appear to point to brakes that overheated causing a seemingly toxic steam of air within the vehicle.

Gowrench would like to take this opportunity to wish the children involved and their families good luck and good health - and to remind everyone of the importance of vehicle maintenance.